How to Purchase a Graphics Card

If you’re someone who is into gaming at all, or perhaps just want to ensure that your PC stays at the top of the line performance-wise, then it’s worthwhile getting yourself a good graphics card.

How is a good graphics card defined? Well, it’s an interesting conversation to have. The standard adage remains true in that that you get what you pay for. But shelling out $1,000 on a graphics card when it just doesn’t make sense is a fool’s endeavor because it might not even help you as much as you may think.

In this article, we’ll be able to help you out. We’ll talk about graphics cards, what they do, how they work, what the difference in price is, and how you should go about finding one.

What is a Graphics Card and Why is it Important?

The Difference in Cards

There are a few different types of graphics cards that are available, the primary two being discrete or integrated. A discrete graphics card is one that is added to the motherboard as an additional component. Those that are looking for that little bit of extra power to add to their machine will get one of those.

An integrated graphics card is built into the motherboard, and they’ll usually be put into lower-end standard PCs and laptops. These types of machines are cheap but struggle to perform any kind of higher-end tasks and can’t really be upgraded too easily.

Another major difference in something like NVIDIA cards, for example, is that some are designed for specific tasks. NVIDIA Quadro cards are intended to render quickly for 3D and CAD (computer-aided design). GeForce cards are designed to render virtual spaces quicker, meaning they make delivering the next frame quickly as a priority.

There’s also a fundamental difference between the drivers of the two that are released by NVIDIA. Both of them can be used for games, but if you’re someone who wants to only play games, then you’ll go for a GeForce, if you’re someone who only wants to design, you’ll go for Quadro. The same is true for Radeon and the Radeon Pro (professional) series.

If you’re looking for a graphics card for gaming, it’s important to find some form of middle ground. The top of the range cards can set you back thousands of dollars, so unless you’re really looking for the best in class, then you’ll want to find a middle ground. You’ll need to look at things like the GPU clock rate, the number of pixel shaders, vertex shaders, texture mapping, memory size, and so much more! It’s a difficult field to navigate.

In the situation, it’s best to look at graphics cards benchmarks. No matter what kind of components make up a graphics card, they’ll only perform as well as their collective components will allow them to. Having said that, picking an RTX 2080 Ti over a GTX 1080 Ti is going to cost you a lot more, but the improvement on the card will only be as little as 30% or so, so it doesn’t scale well. A 1080 Ti will be able to play all the latest games, depending on your resolution, in ultra or high graphics, so why spend the extra money?

In addition to that, you could be creating a bottleneck in your PC. Buying a component that is so significantly better than the rest of the machine, will cause it to slow down in another section of the process, making the new card you bought be unable to perform at its maximum output.

What You Can Get for the Money

The best kind of advice that anyone can give you will be to look at the best graphics cards you can look at for the price. In the current climate of video cards, AMD is the cheaper options, but that’s purely because some of their cards at the upper end of the scale aren’t as good. The best NVIDIA card will beat the best AMD card in terms of pure power, but the best NVIDIA card is a good 80% more expensive than the AMD card.

The RTX cards from NVIDIA have introduced something called Ray Tracing. This is a new rendering technique that traces the light path as pixels and simulates the effect of its encounters with the objects that have been drawn. AMD cards at the current time of writing do not have this. But they will in their next graphics card iteration.

Many games at the moment don’t actually use Ray Tracing. So is it really worthwhile going for it yet? Soon, AMD cards will have this technology, probably around the same time, or sooner, before games start using said technology. Waiting for prices to drop, a new introduction of graphics card and a competitive GPU market between AMD and NVIDIA can give you a really good end result when looking for the “best money can buy”.

This is not a hard and fast rule that we’d always suggest, but we believe you should avoid second-hand graphics cards if you can. In the past, many people have used graphics cards for cryptocurrency mining, a process that puts a lot of strain on the card. Unless you know and trust the source of the second-hand card, you can never be too sure what it was used for previously.

When something is too good to be true, it often is. Graphics cards are complex to understand and can often cause a lot of confusion but being able to play the latest games on the highest settings with the latest graphics card is a fantastic feeling to have. Whether you’re spending $100 or $1,000, be sure that what you’re buying suits you. 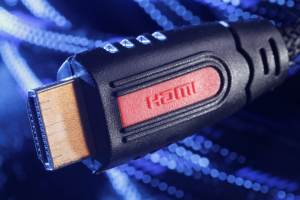